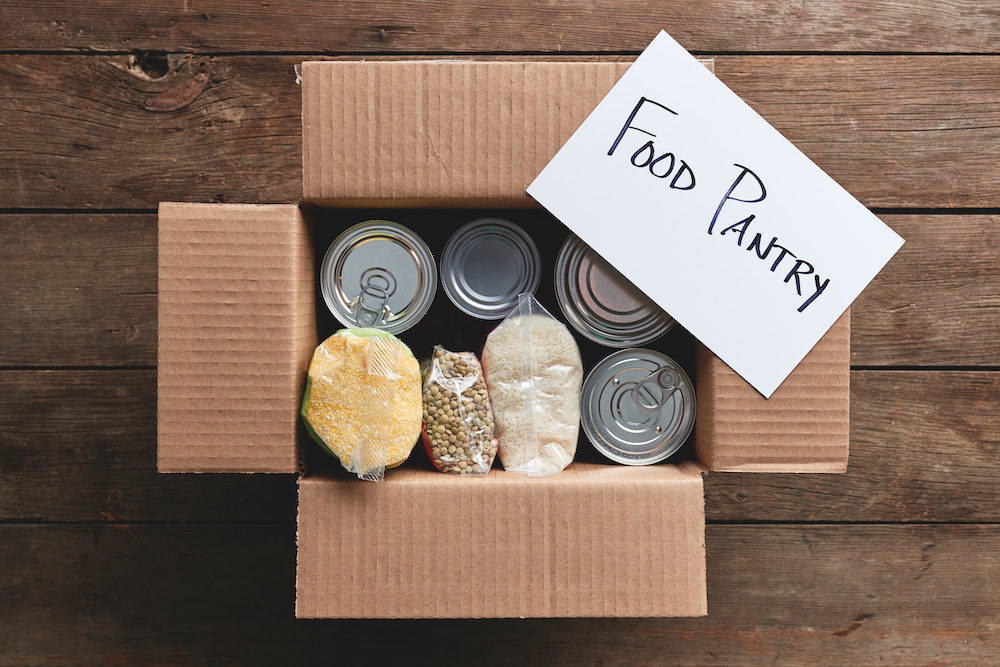 About three years ago, Englewood Baptist found itself in a challenging situation that more and more churches are facing. After years of declining attendance, the church was down to around 25 regular worshippers in an aging building that was much larger than it needed. In that moment, Englewood recognized and freely discussed the stark reality that its ability to continue as a distinct church after 65 years of ministry in its community was up in the air.

At the same time, Englewood’s pastor Mark Buhlig began to actively explore the work of area nonprofits. There were two ideas at work that inspired Mark’s research. First, he was interested in responding to a need to minister to individuals and families experiencing homelessness in their community, and he wanted a partner in that work. Second, Buhlig had the idea that the Englewood property might provide the perfect space to house a nonprofit while potentially taking some of the facility burden off the church.

Though it was not the first group that Mark spoke with, it was this search that led Mark to connect with an area ministry serendipitously named A Turning Point. At the time, ATP was housed in a former Methodist church in a neighboring community and had a growing ministry. It offered a clothing closet, food pantry and a certificate program for adults who did not graduate high school. While ATP was thriving, it wanted to expand and grow its ministry, yet it was limited by both the facility and property it currently occupied.

Englewood had an abundance of property and facilities but few funds and people. ATP, on the other hand, had ministries, volunteers and financial resources, yet limited property and building space. It all led Buhlig to approach A Turning Point’s Executive Director, Cathy McIntire, to gauge interest in exploring how Englewood and ATP might work together with both organizations benefiting in the process.

Englewood’s desire to address the issue of community homelessness, coupled with ATP’s interest in the same need provided Englewood and A Turning Point a natural, initial project for collaboration. Collaborating on the homeless ministry also provided the two organizations a needed chance to get to know each other. Englewood and ATP took things both slowly and intentionally. In the end, the combined effort on the homeless ministry, which took place on Englewood’s property, was successful. It also created trust and paved the way for a deeper look at life together.

After many conversations, meetings and reflection, ultimately A Turning Point moved to the Englewood Baptist Church facility and became the primary occupant. ATP was gifted majority use of the property by the church. It doesn’t pay rent, nor did it have to purchase the facility. Englewood Baptist still has its name on the deed, and still has access to all of the space it needs to carry out the ministry of the church. But the church no longer pays any of the utilities nor is it on the hook for maintenance or renovation needs. ATP takes care of those expenses.

As a result, A Turning Point and Englewood Baptist offer a fascinating example of the benefits of a church becoming the secondary tenant in its own building. The collaboration of ATP and Englewood also offers a window into how this can become an attractive model for other churches and nonprofits to explore. ATP has all the property it needs without the price tag of purchasing a piece of real estate. Englewood has found new life through no longer having to worry about utilities and building expenses while still being able to use its own space for services and ministry. It is a major win-win for both groups.

BENEFICIAL IN EXPECTED AND UNEXPECTED WAYS

A beautiful part of the ATP and Englewood story is that the relationship has been transformative for both organizations in anticipated and unanticipated ways. Undoubtedly, expanded space without a purchase price or rent are huge gains for ATP. The ability to stay in one’s own facility with all expenses erased is a monumental blessing for Englewood Baptist. Yet, the leadership from both groups will tell you, this is just the beginning of the list of benefits that have come from the relationship.

From ATP’s perspective, one unintended outcome of the move to Englewood has been that the idea of relocation served to encourage the ministry’s board to both dream and refocus. ATP was only six years old when approached by Englewood. Despite the good things happening at the time, the idea of moving so quickly required a lot of needed clarifying conversation, prayer and thinking. Once on site, the relationship with Englewood also allowed ATP to benefit from relationships with the congregants of the church. Through becoming a part of one another’s lives, the gift of friendship with the people of Englewood has enriched the staff of ATP in countless ways.

For Englewood, the relationship has also been transformational in more ways than freeing financial resources. For one, it has helped the church to recognize that a key discipline of

faith is often a willingness to give up control. In this case, Englewood was willing to give up primary control of its own facility. While a daunting idea for many churches, this has been a real benefit for Englewood that in the end hasn’t proven to be a major problem. ATP has also given church members wonderful new ministries within their own building that have brought the facility back to life and that have provided parishioners with impactful places to plug in. Englewood still operates a community garden as a ministry of the church. But Englewood people now also work in the food bank, clothes closet, academy and other ministries of ATP that are taking place under their own church roof.

It is not quite accurate, however, to say this transition to shared use of the Englewood Baptist property has been all smooth sailing. Overall, things have been smooth, but there have been challenges.

First, it has been a transition that required patience. In fact, this may be one of the most common aspects shared by all churches profiled in this resource. These types of major changes don’t happen overnight. In the case of Englewood and A Turning Point, this has been a three-year process that is still evolving in some ways. As a result, to bring such an idea to fruition takes dedication, resilience and patience.

Second, a unique element of the Englewood and ATP story has been the fact that opposition has come more from external than internal entities. Church members of Englewood and board members of ATP blessed the decision. But community leaders in the area around Englewood have struggled to know how to understand the new primary function of the property. This has led to several meetings with government leaders and others as everyone has tried to both explain and understand the transition the property has made, how it has remained the same and whether the facility should now be viewed as primarily a church or a local nonprofit.

LEARNING FROM THE ENGLEWOOD BAPTIST – A TURNING POINT STORY

In their reflections about their journey together from the first conversation until now, Englewood pastor Mark Buhlig and ATP Executive Director Cathy McIntire suggest three critical questions that are incredibly important for others to follow a similar path.

First, have clear guidelines been provided in writing that both groups agree to follow? Everyone must be on the same page and clearly know what is expected of the other. Otherwise, misunderstandings are inevitable.

Second, are both groups ready to be a part of each other’s lives not simply tenants of the same property? Englewood and ATP intentionally interact with each other. A church member is on the ATP board. ATP leadership visit and lead worship at Englewood from time to time. These types of intentional relationship building are a must in the eyes of both leaders.

Another thing this story illustrates is the value of considering an initial joint project to explore and test the relationship. Englewood and ATP first worked with each other in a shared homeless ministry on the church property. While there was some thought that a larger collaboration in the future might be possible, the homeless ministry project gave both groups a much-needed opportunity to work together and learn about one another before taking things any further.

Third, can the church give up control and be okay with its partner organization getting first choice as to how space is used? The Englewood-ATP story provides a great final lesson here. One of the big questions for ATP was where to locate its food pantry on the Englewood campus. Ultimately, it was decided that the sanctuary provided the best option. Even with the food pantry occupying most of the room, there remained plenty of space for the congregation of 25 to worship. The space wasn’t the issue. The real question focused on how the church would feel about this new way of using the most sacred space on their property. In the end, Englewood supported the idea and even appreciated the fact that they would now worship in the same place that people come to shop for food. Members were able to celebrate that their sanctuary is now a place where people come daily for all sorts of nourishment. They have embraced the decision, but this clearly may or may not be a decision that every church could make so easily or comfortably.

In the end, Englewood and A Turning Point paint a vivid picture of what is possible with a shrinking congregation in what feels like an ever-expanding facility. Churches like Englewood and the model of allowing another entity to become the primary occupant exemplify that there continue to be creative ways to breathe new life into both a community of faith and its facilities.

Download the PDF READ OTHER STORIES IN THIS SERIES