YIGBY: Yes in God’s Back Yard 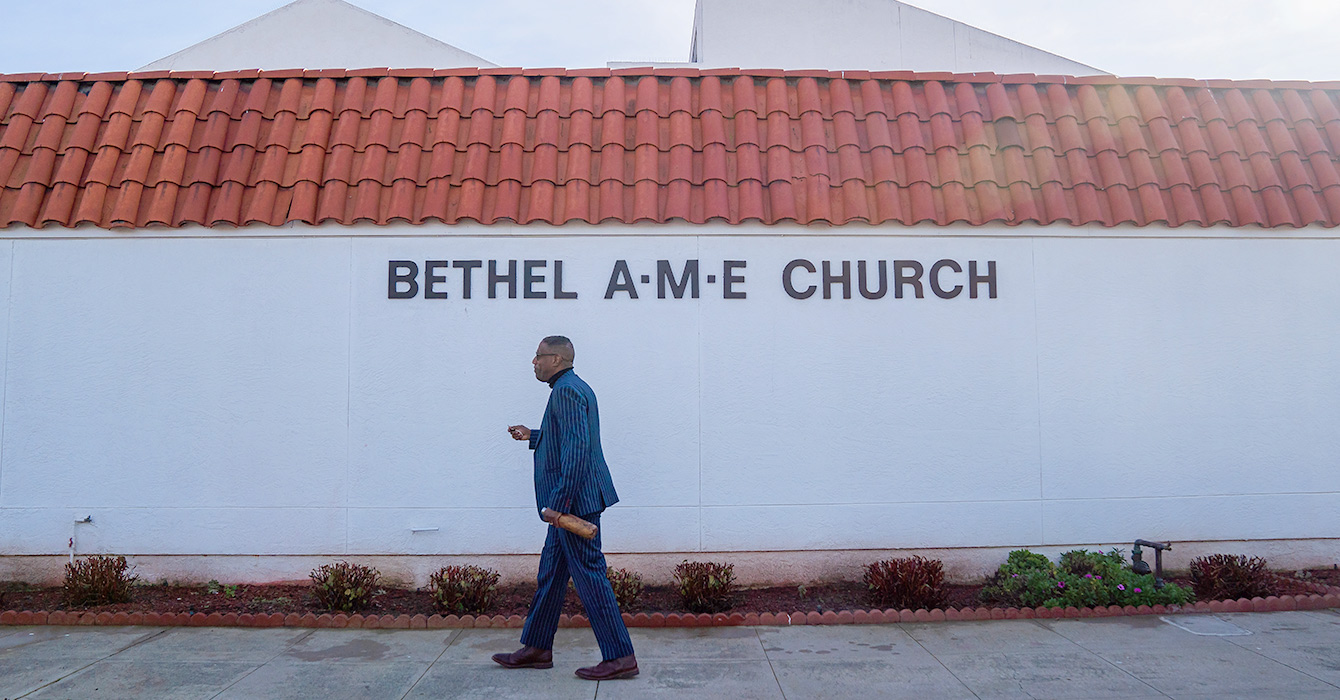 Excerpt from Yes in God’s Back Yard wants to build homes for those most in need of them. Original story by Kate Morrissey for Faith & Leadership.

A faith-based initiative anchored in San Diego wants to use property owned by religious institutions to help address the affordable-housing crisis in their city. The name is a reimagining of the old affordable housing debate between the “Not in my backyard” or NIMBY crowd and the “Yes in my backyard” or YIMBY contingents.

“Yes in God’s Back Yard” wants to make a difference. And Bethel AME and Pastor Harvey Vaughn III has committed to building affordable housing on church property.

Vaughn worked for a housing program at a St. Louis nonprofit before eventually heading to San Diego. His church, Bethel AME, is the city’s oldest Black church and has more than 600 congregants. When Vaughn heard a public radio report about homelessness and the lack of affordable housing in San Diego, he felt called to find a way for his church to get involved.

A 2020 study from the University of California, Berkeley found 38,800 acres of land in California used for religious purposes. Much of this land could potentially be developed to include affordable housing. In San Diego, the study found, faith communities owned 4,675 acres with development potential.

Vaughn believed that his church could be part of the solution.

Monica Ball has spearheaded the YIGBY program from the initial idea scrawled on napkins. For years, she worked to help people living on the street, and she saw organizations that had clients ready to move into homes but couldn’t find places for them to live.

Ball responded, “Even if only 10% of that land were developed for affordable housing, at 20 units per acre, more than 9,300 units would be added to San Diego’s market.”

“My faith community friends, all they can think to do is go downtown with backpacks, blankets, and bologna sandwiches, and we’re sitting on acres of land. It doesn’t take a genius to put together what needs to be done here. If enough religious institutions decided to participate in the effort, the current need could be met.”

The Berkeley study also found that religious organizations face barriers to building affordable housing on their properties. Those barriers include local building regulations, limited financing options and a lack of expertise in housing and real estate.

YIGBY hopes to offer options to streamline the process and guide houses of worship through the decisions they need to make.

Traditional affordable housing development takes about six years to complete and generally uses tax credit financing, according to Tom Theisen, former president of the regional task force on homelessness and member of the YIGBY advisory committee.

The costs per unit can easily reach $600,000. Such projects are not self-sustaining and require complex financing because the amount of rent money received from housing vouchers will not cover that cost. Using land already owned by faith communities, this model can be flipped and allow for innovative approaches that shorten the time frame and lower costs.

The YIGBY team’s goal is to develop self-sustaining projects that cost about $200,000 per unit so that rent will cover loan repayments.

But first YIGBY needed a proof-of-concept project. That’s where Vaughn and Bethel AME church stepped in about three years ago.

Vaughn said that his congregation quickly got on board after he presented the idea and that the conversation soon turned to the possibility of housing veterans. Because it’s home to both Navy and Marine bases, San Diego has a large military population, active and retired.

They raised funds to offset construction costs enough to make the project self-sustaining. Construction could begin as soon as in the next few months and is scheduled to wrap up in 2023.

For Vaughn, being able to offer quality homes to people who need them will be worth the effort it is taking to get his YIGBY project up and running.

“This program can change the trajectory of a person’s life,” Vaughn said.