20/20, Resolutions, and Determinations for Faith and Giving 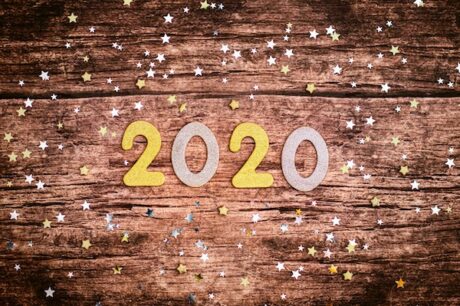 Have you ever made an ill-fated New Year’s resolution that fell apart in mere weeks, resulting in discouragement and frustration? We seem to be inclined that way, and yet despite mixed feelings about New Year’s resolutions and the shiny promise of newness, the turn of the year always engenders a warm feeling in me – a clean slate, a new opportunity to approach the world, and my work, with renewed enthusiasm and a fresh perspective.

The new decade seems to inspire even more of this: I’ve read so many articles extolling the virtues of turning over a new leaf and how wonderful it is this year to look ahead through the perfect vision of “20/20”. The playful take on the year’s significance is irresistible… I think every stewardship or fundraising campaign I’ve seen integrated this in some way, and who doesn’t appreciate the ability to see clearly? We might want to truly bring into focus some aspect of our work in a new way – with vision and insights that we gained from the past year, or from the past decade. Of course, we’re often reminded as well that “hindsight is 20/20,” but there is merit in reviewing where we’ve been, and then looking ahead at where we might go.

Looking at the last decade, we saw some significant shifts in religiosity and giving. A few data points worth noting:

Faith and giving are changing; this is something we can see when looking back and that we can anticipate when we look ahead. We have work to do in order to analyze all that’s changed and we might be tempted to lament the “good old days” when a certain measure of religious giving could be taken for granted. And yet, all of that attention to 20/20 vision at the start of a new decade has me really thinking about the purpose of Lake Institute’s work.

A good colleague regularly reminds me that, at its best, fundraising is a future-oriented activity, looking ahead and seeking to make an impact. The nature of religious practice, including faithful giving, is to connect our present with a meaningful future, and thus religious philanthropy is inherently future-oriented as well. When we have a clear vision of the future, we can invite others to contribute toward that vision and participate in a powerful mission. This is the work of religious community, and it includes and embraces fundraising, philanthropy, and the strategic use of financial resources.

I recently heard the poet Saeed Jones sharing about his family tradition, not of resolutions, but of New Year’s determinations, and his mother’s insistence that theirs was a determined household. Speaking of his mother he says, “I’ve come to understand that she was so consistent not in spite of life’s many plot twists but because of them. We greet each new year, hoping for the best, though – in truth – ‘the best’ might not be in the cards for us. I watched her proudly embrace the odds and stakes as she announced her intention to win anyway. It was a profound lesson.” What would it mean for our religious practice if we approached the new year, not with resolve, but with determination, a practice, rather than a decision?  How can we integrate the 20/20 hindsight we carry forward with a vision for 2020, and beyond, that allows that vision to shape our imagination and, indeed, our resolution for navigating change?