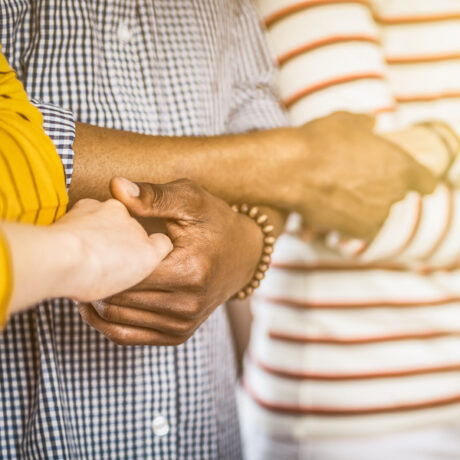 Our guest writer, Esra Tunc, is a doctoral student in Religious Studies at the University of California, Santa Barbara and our 2021 Lake Institute Dissertation Fellow.

Across the United States, philanthropy and finance are looking to each other for guidance. Initiatives aimed at making philanthropy more strategic, sustainable, and impactful are becoming increasingly “financialized,” which is to say that they are adopting the language and strategies of financial markets and institutions. At the same time, financial organizations are taking cues from philanthropy, as they seek to become more “socially responsible” through impact investment and social entrepreneurship. Although such initiatives are often framed as part of a commitment to solving inequalities and increasing impact, the close relationship of philanthropy and finance does little to directly address patterns of accumulation and distribution of wealth. This means it is also deeply connected to rising socioeconomic inequalities and racial injustices.

What would an “otherwise” philanthropy look like … one that centers social movements and those who are affected by various injustices in attempts to circulate capital, time, and resources toward liberation and democracy? Inspired by conversations that search for “otherwise modalities of living,” as well as by grassroots organizations’ informal philanthropic practices and mutual aid campaigns, I sketch out an answer to this question here.

As a doctoral student in Religious Studies at the University of California, Santa Barbara and a Lake Institute Dissertation Fellow, my research focuses on this intersection of finance, philanthropy, ethics, and justice in American Muslim contexts.

I am conducting ethnographic research in Muslim philanthropic organizations that seek to support other nonprofits and facilitate Muslim giving, and in Islamic investment companies that offer religiously permissible and socially responsible funds. In short, I am looking closely at US Muslim philanthropy and finance—a specific tradition of capital engaged with Islam and Muslim communities—as an instance of a wider trend of financialization of philanthropy that occurs across cultural and religious contexts. Although the Muslim case has its own particularities, such as rules and debates about calculations and recipients of zakat (obligatory Muslim giving), I also place Islamic philanthropy and finance in the context of larger questions about capital. While the practices in these organizations are promoted as reducing global inequalities and contributing to social good, my research also demonstrates the importance of structural change and a reimagining of our social relationships.

Philanthropy in the age of financialization is measured through strategic impact and organizational sustainability. Yet organizational sustainability is best understood not as an end but as a means. As Ruth Wilson Gilmore writes, “grassroots organizations that labor in the shadow of the shadow state should consider this: that the purpose of the work is to gain liberation, not to guarantee the organization’s longevity.” (The shadow state refers to how nonprofits function as a state mechanism). Similarly, in response to criticism of the 2015 Ferguson protests’ supposed lack of strategy, Ashon Crawley writes, “Calls for ‘strategy’ in protest are used to marshal in the dominant framework when we seek otherwise.” He continues:

The figuration of marching as nothing begs critical attention. And this is because we are a people that have been thought to be nothing. We are the tradition of the ain’t nothin but. We learn what emerges from those that are called nothing while also critiquing the very concept of nothingness. To come from nothing, to be and speak nothing, as the foundation for liberation is what we need, or at least what we have. This movement is the enactment of an otherwise strategy, an otherwise plan. And this otherwise strategy and plan cannot be owned. It can only be shared.

Beyond financialization, one way to direct philanthropy toward liberation and democracy is to center poor and racialized communities. For instance, in giving circles, this might mean abolishing the thresholds that allow only those who donate more than a particular amount to be part of the decision-making process. Such thresholds decenter those whom the giving circles are meant to serve. Thresholds limit the power of determining the recipients of donations to the wealthy and the elite. Instead, giving circles could offer an alternative platform, where those who are served, not donors, choose the recipients. “Participatory grantmaking,” as emphasized by historian Lila Corwin Berman and her colleagues, is another example of centering. This practice rests on the belief that the public (rather than donors) should be deciders, and that nonprofits and foundations should reform their boards by including members of the public. “Centering” also means holding nonprofits accountable to poor and racialized communities instead of or in addition to donors. Without such accountability, grants and donations could lead to “movement capture,” in which social movements risk being redirected by donors, funders, and grantees.

Mutual aid, a practice promoted by scholar-activists like Dean Spade, is another example of an otherwise philanthropy. Indeed, as scholars of philanthropy Sabith Khan and Shariq Siddiqui note, mutual aid traditions have a history in American Muslim contexts, among others, and have proliferated amid the Covid pandemic and Black Lives Matter movements. Queen-Cheyenne Wade, a Boston-based community organizer and youth educator, makes a case for mutual aid’s power: “With mutual aid, you get around these bureaucratic systems and are directly giving those resources to the community, to the people.” For Wade, “Mutual aid can help us envision a world of unity.” “Class lines and racial barriers,” she suggests, “have no place in this divine unity that we’re striving for.” Whatever its exact shape, an “otherwise philanthropy” means organizing for a just social order, building movements, and radically changing organizational structures to bring about different ways of living together.

Whose Responsibility? Which Philanthropy?

Buzz words abound in philanthropic spaces just as they do in the business world. Step into a board room or non-profit advisory meeting and you are likely to hear the words “sustainability,” “strategy,” or “social responsibility.” No doubt, these similarities are born from overlapping, even pragmatic, concerns related to resource allocation and a desire for positive social impact. One commonplace explanation suggests this is a natural process: it claims the practical difficulties of philanthropic work can be solved by translating business acumen into better management practices geared towards the social good.Thus, social problems like poverty, homelessness, gender inequality, and racial injustice can and should be addressed by connecting the right donors to the right causes and allowing corporations to help financially. Yet, we should not take these similarities for granted: if philanthropy has begun to resemble finance in its emphasis on innovation and market logics, so has finance begun to speak the language of philanthropy by emphasizing ethical investment.

To attend to this dynamic interaction between finance, philanthropy, and social action structured by the forces of contemporary capitalism is not simply an academic affair, but one that gets to the core of charitable action. It forces us to ask: to whom is philanthropy responsible? To what aims or ends should philanthropy aspire?

These are the important questions Esra Tunç asks us to consider in order to imagine an “otherwise” philanthropy based around racial, social, and economic justice. But in order to undertake such a task, philanthropists (whether individuals or non-profits) must take stock of their own (sometimes unconscious) tendencies to place the needs of donors over the demands of people. As we enter the month of February, corporations will begin ramping up their marketing campaigns to emphasize socially and racially conscious consumption, to brand their products as solutions to racial discrimination and injustice. Consumers will be asked to focus their spending in ways that ‘make a difference.’ But an “otherwise” philanthropy—one based in shared vulnerability, mutual aid, social democracy, and grassroots organizing—resists the assumption that innovative entrepreneurial practices always mean that communities in need have better access to the resources they deserve. At the heart of the matter is not just whether philanthropy can be done “otherwise,” but whether that means the organizing principles of social and economic life themselves must not also be imagined “otherwise.”