In my own faith tradition, it’s part of the lore that one of the founding preachers (back in the 18th century) often didn’t get invited back after offering guest sermons—in fact, once after he preached to a crowd in a farmer’s field, the farmer turned the livestock loose on him to chase him away! As the story goes, it wasn’t that these were bad sermons, but that they got too close for comfort to the hearts of people’s lives with a spiritual challenge.

For anyone who offers interpretation of sacred texts, the topic of money in general may feel like one that’s particularly close to the hearts of people’s lives. This topic may even  get you in trouble with people who are resistant to the spiritual challenge directly provided by those texts. For instance, Shabbat teachings that insist on rest and non-productivity “as a warning not to allow anyone to become economically enslaved to [their] own material growth”¹ could be a significant challenge to share with a congregation full of entrepreneurs. Blunt scripture quotations like “sell all you have and give it to the poor”² pose a significant challenge to nearly everyone who takes them seriously!

But for congregational religious leaders, teaching and preaching about money may also feel uncomfortably personal given their own money concerns. Preaching a message that calls for people to give money to the congregation can seem inextricably tied to the personnel committee meeting later that week that will determine the leader’s compensation or employment. Congregational leaders participating in Lake courses have frequently noted their concern about offending people who would rather not be asked for money. For some, there’s a delicate balance: they don’t want to look like they’re asking for a personal favor for themselves—but they do want to inspire givers to contribute enough to fund the organization, which does include their own salaries. For some leaders, preaching about giving also cuts too close to their own indebtedness, financial illiteracy, or meager compensation. The Lilly Endowment, Inc. funded initiative Economic Challenges Facing Pastoral Leaders has advanced the understanding of a broad group of Christian denominations and networks about the ways that many of their clergy leaders are stuck in their own economic insecurity, and therefore stuck in how they can address economics for their parishioners or generosity for their congregations.

Even for leaders who have reconciled themselves to the topic of money and lead spiritually receptive congregations, preaching is fundamentally a different thing than “giving a fundraising speech.” The Rev. Dr. Teresa Fry Brown, Bandy Professor of Preaching at Emory University, describes preaching as “relat[ing] to others something about God’s presence, purpose, and power in one’s life and in the life of the all of humanity.”³ That’s a far cry from what some people might think of as they observe the emcee’s appeals to boost contributions at a fundraising event!

For a community of faith, gathered worship and the words shared in that time contribute to their individual and institutional formation, and the invitation to give—to that congregation and beyond it—is entirely appropriate. The gifts given are not a currency-based applause-o-meter to gauge the quality of the sermon or the one giving it. For congregations that receive an offering during worship, the act of giving is indeed a liturgical “response” to God—but that’s not a personal up or down vote on the leader! Whether contributions are made in or beyond worship, preaching and teaching can and should emphasize that the focus of the invitation is on the donor’s own generosity and the impact of what the contribution does. Moral formation, sacred inspiration, and exegetical information are all being offered—and a contribution is one of many good responses from those who receive the message. Pandemic changes around giving have offered some new opportunities to mix up the connection between sermons and generosity practices—for instance, one ECRF alumnus’ Christian congregation offers a unison affirmation of generosity after the preaching each week—one that makes clear that any gifts given are a far cry from a personal assessment of the preacher.

Preaching about generosity should not be limited to an annual “PBS pledge drive” timeframe! Generosity preaching is not limited to any particular season or special day, nor is any season or day off-limits for it. Again, when the preaching and teaching is focused on the listeners’ faith experience of generosity and the impact of their contributions for the community, every sermon is a good opportunity to speak to the spiritual side of generosity. ECRF alumna Rabbi Liz P.G. Hirsch observes that her congregation in Massachusetts, like many Jewish communities, is well-accustomed to an appeal speech from the synagogue president during the High Holy Days—but she’s excited for how her sermons, even on the central holidays of the whole religious year, address tzedakah [generosity] from the spiritual perspective of abundance rather than scarcity.

The specifics of how one might preach and teach about money and generosity will be contextual to a given tradition and community, but none of the contexts actually call for silence about money and generosity—even if habit or fear say “we don’t talk about money here” in a particular congregation. A person called to speak in their congregation has the opportunity and the responsibility to address their own concerns and fears about money-talk so as to invite their people into their own faithful practices and understandings about generosity.

I am a pastor in the African Methodist Episcopal Church, and our Doctrine and Discipline mandates that, “It shall be the duty of every pastor to ensure that at least once each month there is either a sermon, lecture, workshop or other presentation enlightening the members of the church about tithing and encouraging them to become regular tithers.”¹ I present tithing as a spiritual discipline through Bible study, small groups, and leadership meetings. These intimate settings allow participants to wrestle with a cultural dynamic that believes that talking about money is taboo and that the preacher should not be involved in the church’s finance. However, as I have grown as a pastoral leader, I recognize how critical it is for the church to develop a fluid relationship with money and discussions about such to ensure personal and temporal development and weigh the congregation’s spiritual evolution patterns.

For example, I must be aware of the giving trends and how those trends reflect the congregation’s spiritual condition. Many studies rank money among the top five struggles facing individuals, couples, and families. However, many congregants cannot see how they can “afford to tithe.” Therefore, it is essential to support growth toward sound relationships with money. One way we do this is through a dfree® Online Academy small group, following the teaching of the Reverend Dr. DeForest B. Soaries, Jr., whose pastoral ministry focuses on spiritual growth, educational excellence, and economic empowerment.

When I entered pastoral ministry in 2010, I was eager to prove that funding church and community operations should happen through a tithing membership. I was adamant about the church not participating in “fundraisers” and reiterated consistently that even as a small congregation of fewer than 40 members, “By faith, everything we need is in the house.” While I still hold that tithing is a discipline of faith and encourage a tithing congregation, I have come to recognize that we must also embrace and maximize all streams of income, including private and government grants, structured in-house offering and investment structures, and outside donors whose passion in giving aligns with our mission. In order to access such streams we must adopt a new relationship with finance. That had to begin with me.

Rev. Dr. Susan Buckson is the first woman to serve as pastor of Allen Temple A.M.E. Church in Atlanta, GA, appointed by Bishop Reginald T. Jackson in 2019. A graduate of The University of Maryland Eastern Shore, Coppin State College and The Interdenominational Theological Center, and Payne Theological Seminary, she participated in the Executive Certificate in Religious Fundraising in 2021. 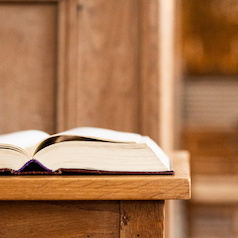 How can preaching do more than beg for money? This workshop will equip preachers to help their congregations experience financial generosity as an essential part of discipleship. Drawing on John Wesley’s teaching on “The Use of Money,” it will provide practical guidance on ways to engage their people in deeper conversations about the biblical understanding of money and generosity. Participants will receive current information on the impact of changes in the economy on financial generosity, as well as helpful feedback on their own sermons.

This event is open to all Christian religious leaders, regardless of denomination or geographic location. For the event to be most beneficial for you, it is helpful if you are the primary preacher in your current ministry setting. 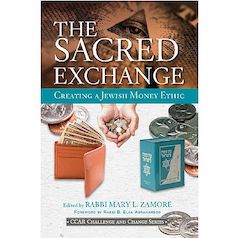 Part of the Central Conference of American Rabbis Press Challenge and Change series, this anthology creates a rich and varied discussion about the ethics of money from the Jewish perspective. This book aims to start a comprehensive conversation about how Judaism can guide us in this multi-faceted relationship with money. One book review notes, “The book has an important role to play in the future of fundraising in the Jewish world. It should be discussed by all fundraising professionals and lay committees, whether a standing committee or an ad hoc group created to raise funds for a particular project or program.”