Ministry in a Water Crisis 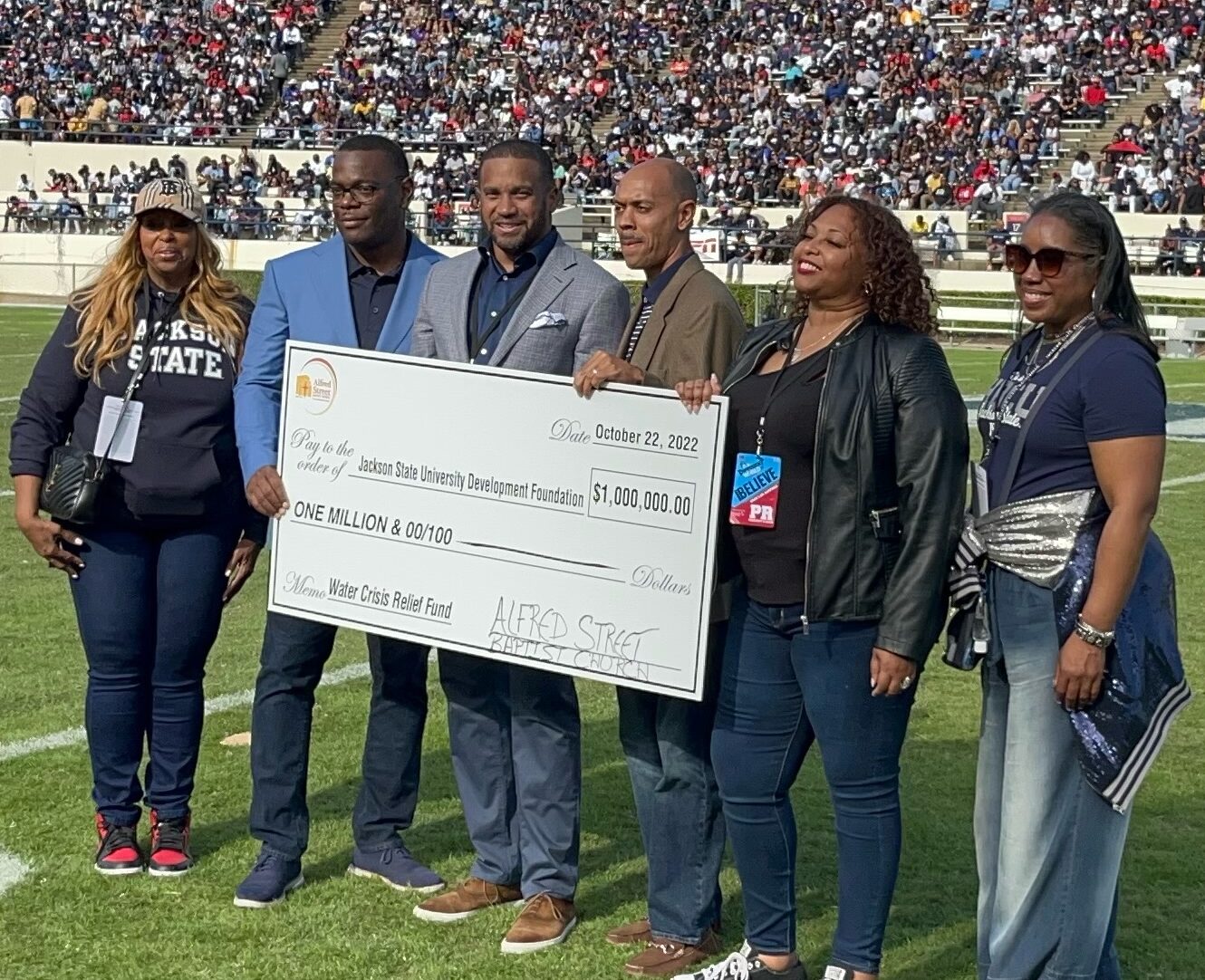 Jackson, Mississippi, has a water crisis. Honestly, the city has been in crisis for years now. Even before the water stopped running in parts of the capital city, residents didn’t consider it safe to drink.

Then the water treatment system failed, after flooding exacerbated existing problems, and residents were left to find water to meet their daily needs or to boil the water that now ran brown in their kitchen sinks.

In an interview with National Public Radio (NPR), Jackson resident Fran Bridges said, “Any house we go to in Jackson, you have to realize that people have been traumatized.” Bridges added, “And you just have everybody almost in a daze.”

Alfred Street Baptist Church in Arlington, Virginia, has a long-standing history of supporting communities in need and has strong ties to the historically black colleges and universities (HBCUs). In fact, it hosts an annual “HBCU Festival,” now in its twentieth year and “is dedicated to connecting high school students and their families to HBCUs and scholarship opportunities.”

Consequently, it came as no surprise when the church announced in a press release “Alfred Street Baptist Church’s (ASBC) Mission Division will donate up to $1 million to Jackson State University (JSU) to help defray costs related to the ongoing water crisis in Jackson, MS, which began in late August 2022.” Meeting two needs with one donation, the church addressed the needs associated with both clean water and education.

Due to the water crisis, the university’s staff was forced to work remotely while students attended classes virtually. But it is hard to do either when you haven’t had a shower.

The city’s water pressure remained low, but the pressures of campus life continued. Students still had books to read and papers to write.

Unfortunately, these students, while experiencing trauma, were still expected to login for lectures and discussion. But with no running water, the campus and halls were clear. It was clear they were going to need a miracle.

“We are incredibly grateful for the generosity and philanthropy of Alfred Street Baptist Church, which has a long history of being an advocate for historically black colleges and universities,” said JSU president Thomas K. Hudson. “Reverend Wesley and the Alfred Street family are living examples of the saying, ‘give and it will be given to you.’ This $1 million donation will make a significant difference for our students and the solvency of our institution.”

The gift sought specifically to help the university’s students. Almost $400,000 was designated to assist students who had incurred expenses due to the water crisis. The remaining funds will be used to address the university’s needs to include portable restrooms and showers.

“ASBC is pleased to provide support to one of the nation’s largest HBCUs in a crisis that impacts students’ daily existence on campus,” said Rev. Dr. Howard-John Wesley, the pastor of Alfred Street Baptist Church. “Effective learning cannot happen without ensuring that . . . the basic needs of these students are met.”