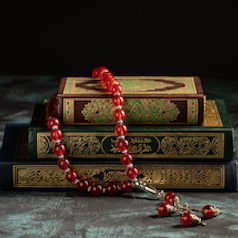 All religions carry the message of love and care for the underprivileged. These causes include the provision of vital human needs such as food, shelter, and support during natural disasters. However, while research has documented the giving behavior of various religious traditions, no study to date has looked at how much their faith inspires people’s giving. To this end, we recently fielded a survey on Muslim-American giving.

The Importance of this Study Now

Muslim-Americans are a highly prominent demographic in our sociopolitical conversation. Moreover, they are a growing demographic; Pew estimates that around 1.1% of the U.S. population is Muslim. Additionally, Muslims are highly diverse, comprising African-Americans, Latinos, Arabs, Asians, among others. However, very little research has looked at the philanthropic practices of the Muslim community. Previous research looked primarily at whether Muslims donate or not or focused primarily on Mosque giving. However, there is little research on the total amount of Muslim giving or the causes to which Muslims prefer to give.

The Muslim Philanthropy Initiative at the Indiana University Lilly Family School of Philanthropy fielded a survey on Muslim giving in collaboration with Islamic Relief USA to gauge the overall giving behaviors of Muslims. SSRS surveyed from March 17 through April 7, 2021. Overall, the team surveyed 2,005 respondents, including 1,003 Muslim respondents and 1,002 general population adult respondents. We added the general population in the survey to compare their giving practices with Muslim giving practices.

The survey found that Muslims are a highly generous group. They give more toward both faith- and non-faith-based causes than non-Muslims. For example, Muslims gave $1,810 USD to faith-based causes compared to $1,138 USD in the general population. If we extrapolate the overall giving to 3.45 million Muslims (based on Pew estimates), we guestimate that Muslims gave 4.3 billion USD in total.

The report also finds that Muslim giving towards faith-based causes was highly diverse. Muslims gave the highest percentage of their giving (27.45%) to houses of worship. However, Muslims’ giving to places of worship is lower than non-Muslims, who give 47.17% of their faith-based charity toward houses of worship. Additionally, Muslims provided their charitable giving toward overseas relief (12.81%), followed by domestic relief (11.13%). Muslims give a larger proportion of their charitable giving to overseas relief than average Americans. Despite most Muslims coming from an immigrant background, we find very little difference between their overseas giving and domestic giving behavior. This finding suggests that Muslims are deeply invested in domestic issues, and that faith inspires their giving.

Another significant component of Muslims’ faith-based giving is comprised of giving to civil rights. Muslims give nearly 8.47% of their contributions toward civil rights causes, compared to 5.31% of the general public. This finding suggests that much of Muslim-American giving goes towards fighting Islamophobia and cementing their position in the US. Islamophobia is a critical issue that Muslims have faced even before the events of 9/11. Therefore, a large proportion of their faith-based giving goes towards fighting these issues. In this regard, Muslim Americans are not an outlier, at least historically. Faith was an important component of the US Civil Rights Movement of the 1960s, as evidenced by the examples of Martin Luther King, Jr. and even Malcolm X and Muhammad Ali, who were both Muslim.

We were also interested in how religious practice may influence giving amongst Muslims. While zakat (the annual payment on wealth given to the poor and other specific categories as outlined in the Qur’an) is required of every mature Muslim with the financial means to do so, we wanted to look beyond practices of zakat and sadaqah (voluntary charity). To do this, we measured religiosity by asking respondents how many times they prayed. This method has been used in previous research to measure an individual’s religious practice. We also controlled for various factors, including education, gender, income, age, and race. Overall, we find that Muslims who pray more frequently give significantly more money (p < 0.05). The effect is profound – on a scale of 1-5 of religiosity, a unit increase in religiosity leads to a rise in $1233 USD.

The survey highlights several essential facts future research should further explore. For one, Muslims give generously in the US. Additionally, Muslims direct a large percentage of their giving to causes within the US (and not outside, which many commentators have presumed). Thus, Muslim philanthropy is playing a critical role in resolving the US’s domestic issues. The third main finding we want to highlight is that Muslims’ faith-based giving is highly diverse. Not only are Muslims funding Mosques, they are also directing their faith-based giving towards various causes such as COVID relief, religious education, youth, and family issues, as well as support for civil rights.

Finally, we want to highlight the role religiosity and religious practice plays in promoting philanthropy amongst Muslims. We find that religiosity and giving are positively correlated, even when controlling for sociodemographic factors. These findings demonstrate the importance of faith and religion in promoting charitable behavior.

Rafeel Wasif is an Incoming Assistant Professor at Portland State University. His research interests include diversity, equity and inclusion in the nonprofit sector with focus on Muslim-American nonprofits.

The Muslim Philanthropy Initiative’s study gives all kinds of new insights into the richly textured generosity practices of an important segment of the population—and it brings to light all that can be missed without good data. As Dr. Siddiqui and Dr. Wasif point out, previous studies on Muslim giving focused mostly on Mosque giving—but, as in every faith tradition, religiously-motivated individuals give out of their faith to far more organizations and causes than just houses of worship.

Letting data help us change our own narratives is essential in a time where so much about religious affiliation and participation is changing so rapidly. No one survey or instrument can tell the whole story for each of us, but there are good things to be learned from reliable research as we are each grappling with our own organization’s efforts.

Math anxiety may grip some of us as we look at lists of statistics or graphs—or we may be remembering Mark Twain’s quip about “lies, damned lies, and statistics” as we wonder how to sift out what’s useful in research. But there’s utility to be found in locating our own experiences and organizations within the context of a study’s findings: how are our experiences similar to, or different than, the results demonstrated in the data? I often work with congregations who may approach the National Study of Congregations’ Economic Practices with some trepidation, but find that it helps them discover where they are in or out of alignment with different segments of the whole ecosystem of congregations in the United States—and that discovery prompts new thinking. The study data itself generally doesn’t give a lot of direct answers to an organization or congregation—but what a good start for reflection, for conversation, and for adaptive learning.

I am perhaps too fond, myself, of the adage that “data is not the plural of anecdote,” but I really do believe it. I’m always so grateful when organizational leaders can base their thinking and planning on as firm a foundation as possible. Intuition, tradition, and contextual awareness are all excellent tools for that work—made even stronger when good data can be added to the toolbox! Data can challenge a storyline that may have changed—but it can also fill in gaps that we may never have noticed before, and spark new questions for the future.