This article was originally pu 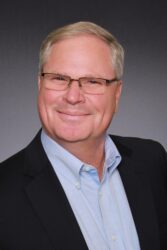 The writings from prophets comprise a considerable amount of the First Testament. Many of their words are memorable for their firebrand condemnation of Israel’s sins and shortcomings. Calls for repentance, promises of judgment, and threats of punishment appear ubiquitous across their many proclamations uttered at the behest of God. The accusatory query “Would a man rob God?” found in Malachi 3:8 (which often finds its way into many a stewardship message) is one such example.

Many of these oracles are especially harsh and seem pointed toward awakening the spiritual senses of a slumbering people who have grown dull in the practice of faith. And while the tenor and tone can be filled with a righteous wrath and impending sense of doom, if we only hear the fury of Divine anger, we may have missed the ultimate point of the proclamation. Almost without exception, even the most punitive passages contain some element of hope.

The prophetic imagination lives within the tension between current circumstances and future possibilities. Despite desperation, a vision of an alternate reality, one lived in egalitarian and beneficial relationships between people and with the Divine, can be envisioned. The prophets never leave us without hope. “…the earth shall be full of the knowledge of the Lord as the waters cover the sea.” (Is 11:9) “…they shall beat their swords into plowshares and their spears into pruning hooks.” (Mi 4:3)

These words and visions give rise to the soaring rhetoric of the New Testament that is filled with hope based not simply on the promises made, but on the One who has made them. The gospels affirm God’s love for us in Jesus Christ. (Jn 3:16) They inspire Paul to write “that nothing, not even death can separate us from the love of God in Christ.” (Rom 8:38) They hold out the expectation there will come a moment when “…God will wipe every tear from their eyes and death and dying will be no more…” (Rv 21:4)

At its core, stewardship is a message of hope. It is belief in partnering with the Divine to bring the world into the wholeness and completeness that God imagined during the creation of the cosmos. It is about the transformative power of resources employed for the Realm of God. Stewardship is about the restorative work of justice, the healing work of compassion, the regenerative work of creation care, the reconciling work of the gospel, the vulnerable work of peace- making, and the generous work of sharing provision so that no one is without the essential necessities of life.

To preach stewardship is an invitation to the listener to imagine the world the way that God desires it to be and to encourage people to use the resources they have at their disposal to make it so. It is a hopeful word about possibility and potential based on the conviction that God has provided enough. Enough bread to share, enough love to sustain, and enough grace to overcome. Stewardship sermons at their best call us to claim our true identity as stewards— exercising our dominion as those charged with ruling in the world the same way that God rules in the cosmos. These messages charge us to live out the portion of the prayer that so many of us have known since childhood “Thy kingdom come, thy will be done, on earth as it is in heaven.”

When the angry prophet Malachi challenges the people to “bring the whole tithe into the storehouse” with a promise that God will bless them for their actions it is not a quid pro quo, but a reminder that they already have what they need. It is not giving to get but giving because you have already received. It is the hopeful word that they do not have to wait for what they need, but that it is already at hand: in the very midst and possession of the community. They simply need to act on what they already know with what they already have. How much more hope does one need?

To stand in the pulpit to bring a word about stewardship is to be reminded that this enterprise is not about guilt or shame, duty or obligation— but about painting a picture of the world the way it is supposed to be and living in such a way as to bring it into being. It is about hope.