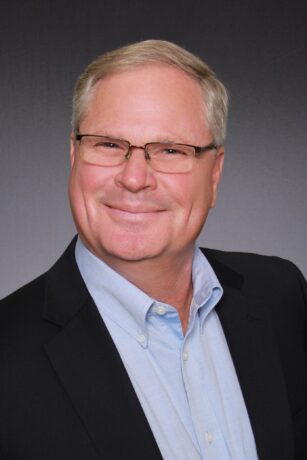 This article was originally published in Giving Magazine Vol. 22, No. 4 in 2020. You can access the full issue here.

Clergy, the pulpit is the place from which you have the greatest opportunity to impact the most people. While small groups and one-to-one conversations for teaching and instruction may have substantial influence, the number of minds and hearts you can touch is limited in these more intimate spaces. Preaching remains at the top of the pyramid for reaching the majority of your congregation in one concentrated moment each week (even if it is asymmetrical due to YouTube or other delivery methods). Never forget that what you say and do here matters!

Words are obviously important to preaching, but so is tone. When choosing and handling texts in the season of financial stewardship, clergy are often surrounded by the environmental factors in their congregations that can have an impact on our approach. Let’s be honest. Alongside the need to bring a word about giving to support the ministry and mission of the church are the pressures of building and underwriting a budget to make that vision a reality. You can become captive to the urgency of needing more and frustrated at how seemingly little it would take if everyone would just do their part. Add in the fact that your own compensation and benefits that support your family may be on the line and it gets—well, let’s just say it’s complicated.

In such an atmosphere, clergy may gravitate to stories of judgment and prophetic challenge as a way to push our congregations off center and into action. Malachi 3 comes to mind: “Would a man rob God?” The entire 25th chapter of Matthew including the parable of the talents (don’t be that guy!); the foolish young women (do you have enough oil?); or even the sheep and goats (you don’t want to be found on the left side, do you?) are ripe for the picking if you think a little guilt will help get  the job done. And if things are really serious, there are always Ananias and Sapphira in Acts 5 to drive home the point that stewardship is a life and death situation!

There is a place for such familiar stewardship texts. But too often they are the main tools of choice because they are direct and they seem to put existential pressure on the listener to respond. In a time of stress it is easy to reach for what is readily available and “tried and true”.

It takes a bit more energy to reach higher on the shelf for the texts that are sometimes left behind, but it can be worth it. Moving away from stewardship as an obligation toward it being an opportunity—considering it as discipline rather than duty— can be life-giving for your listeners. When stewardship becomes our joy as a partner in the unfolding Realm of God rather than simply our job as a responsible church member, preaching joyful generosity can be liberating. Tone matters.

Look to the texts that lift up generosity as delight, personal investment, and deep gratitude. Move inside the hearts of the central actors in the story. All four gospels tell of a woman (unnamed except in John’s gospel) who anoints Jesus with a precious oil worth a year’s wages! What must the depth of her gratitude have been? In the book of Acts, Joseph (Barnabas) donates the proceeds from the tract of land that he willingly—and perhaps even joyfully— lays at the Apostles’ feet in response to the “great grace” that was upon them all. (4:36-37) Tabitha’s story is one of service to others that begins with grief at the news of her death, but ends in celebration at her being raised from the dead. (9:36- 43) Her life is a testimony that for the church to be the church, it has to practice generosity.

Even in the more prescriptive texts about the tithe in Deuteronomy, we learn that it is the people who benefit from the very gifts they bring for God. In chapter 14 we learn that all of the gifts become a community wide “potluck supper” (sounds like a party!) to give thanks for God’s provision. In chapter 26, the liturgy of worship tied to the gift is one of remembering God as a God of deliverance and salvation with the land creating an abundance so spectacular that even the foreigner/alien/sojourner is invited to the overflowing tables to join the feast. Praise God! There is not only enough—there is more than enough.

A word of sufficiency can be a fresh wind of relief and renewal in the midst of culture that only talks about scarcity and which focuses on what we lack. Clergy can lift up texts such as the feeding of the multitudes that reminds us that wherever Jesus is, there is always more than what is needed. The wedding at Cana holds up for all to see the festive and joyful delight that follows the provision of the Divine which is always more than what is necessary.

Can you imagine a homiletic moment that not only lifts up the joy God has in providing for the creation God loves, but one that focuses on the true joy of both giving and receiving? Surely you have a word to offer about your congregation’s ministries and missions that are transformative—that make a difference—that touch the lives of real people with real problems and needs. Who wouldn’t feel good about hearing that? Who wouldn’t be inspired to want to do the things that lead to more of that?

Be encouraged to find the joy in preaching the stewardship season—and all seasons. After all, it is ultimately the hope that the way things are is not the way they have to be! What we do with our money matters: it can—and does—change the world.