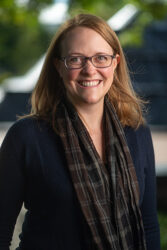 This article was originally published in Giving Magazine Vol. 22, No. 4 in 2019. You can access the full issue here.

“Faith and money lie at the core of all religious institutions; although faith can exist without money, religious institutions cannot,” writes G. W. Bowersock,1 but the identity of religious institutions—congregations, primarily—as economic actors themselves is often overlooked. Lake Institute on Faith and Giving’s new research, the National Study of Congregations’ Economic Practices, focuses on how a representative sample of congregations in the United States receive, manage, spend, and regard money. (All statistics in this article are from the NSCEP unless otherwise noted.) Focusing on the congregation as the unit of analysis yields a different picture than focusing on members’ personal practices.

Clarity  about  spending is another point where congregations model their good stewardship. Alongside teaching about personal finance basics such as budgeting in participants’ lives, most congregations themselves (85%) model the practice by making formal budgets and sharing them with congregation members. (Fifty-three percent of congregations give members even outside of leadership the opportunity to approve the annual budget.) Lake Institute encourages congregations to consider ways that a narrative budget format can supplement a line-item budget and bring understanding to leaders and participants alike about what the funding priorities really are for the institution. This approach can help point out the good stewardship at work in the budget priorities, lest the large percentages of budgets often spent for staff compensation and building maintenance be mistaken for “overhead”, when they are in fact critical parts of the congregation’s impact on their communities. For example, noting the percentage of staffpersons’ time (and therefore compensation—which makes up on average 49% of congregational spending) that supports public worship, or the percentage of the week (and therefore facility expenses—which makes up on average 23% of congregational spending) that supports community services.

These issues of financial transparency and appropriate spending are on the minds of most congregational leaders and inherent in many congregations’ policies and practices. However, congregations may also do well to reflect on and communicate their own generosity. Attention to rigorous stewardship—and/or a sense of scarcity—may lead congregations into frugality that undercuts their own value of the virtue of generosity.

Congregations are indeed generous beyond themselves as institutions, which is an important counter-narrative to a popular misconception among especially the non- affiliated public that religious institutions “just want your money”. Eighty-four percent of congregations provide at least one type of social service in their communities, and, on average, 28% of a congregation’s program expenses go toward serving people who are not directly involved in the congregation.

Congregations often cannot, however, be as generous with clergy and staff salaries as they might wish to be, despite the significant percentage of a congregation’s income that those salaries may represent. Recent findings in other surveys and studies note that congregational staff compensation is often significantly lower than for other work with similar role responsibility, community respect, and educational requirements.2 Here, while good stewardship certainly dictates using resources wisely and spending within one’s institutional means, it seems that generosity might still be found in the form of flexible schedules and ample paid-time-off policies.

Stewardship  and  generosity  go hand-in-hand when congregations are forming individuals in the virtues and practices of faith; congregations themselves also have the opportunity and responsibility to demonstrate them in their own values and policies.

2 See “What Pastors Get Paid, and When It’s Not Enough” by C. Kirk Hadaway and Penny Long Marler in Christian Century June 6, 2019. https://www.christiancentury.org/article/critical-essay/ what-pastors-get-paid-and-when-it-s-not-enough

Meredith McNabb is associate director for educational programming for Lake Institute on Faith & Giving. She is an ordained clergy member in The United Methodist Church.