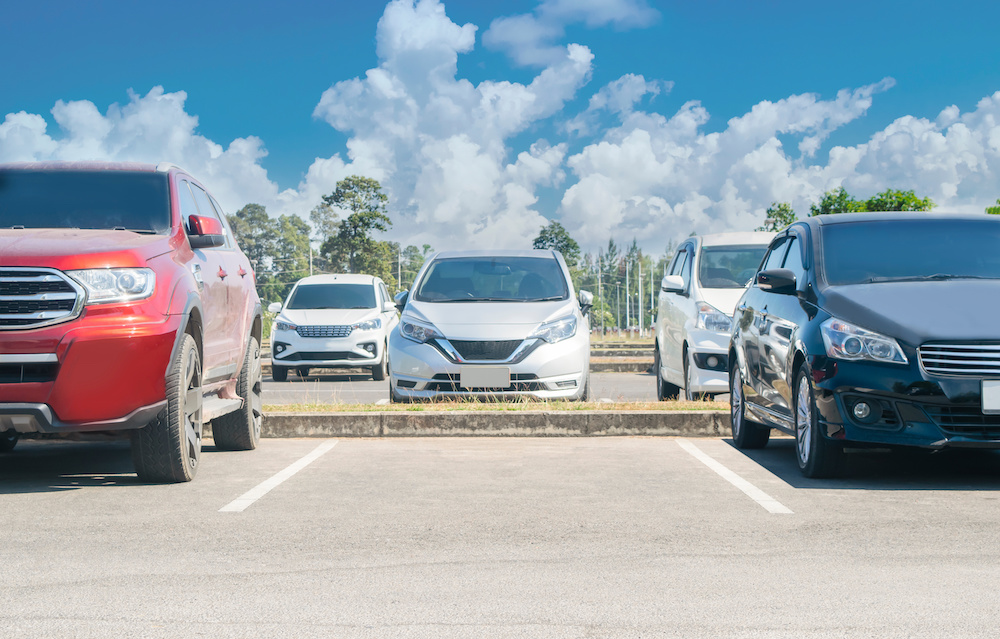 Whether your town is host to college game day or just the local fall festival, creatively using the parking lot on your church property can potentially generate funds that will underwrite congregational mission and outreach initiatives. Two Cooperative Baptist Fellowship churches are great examples of rethinking the profit there is in pavement: Auburn FBC and FBC Raleigh.

Auburn FBC sits in downtown just steps away from the Auburn University campus. The church has two parking lots on its property. It leases one lot to the city on weekdays, while using the other lot for those visiting the church. It uses both lots for each Auburn University home football game and rents the spaces. The funds raised from parking do not go toward the operating budget. As seen with Covid and the empty football stands, those funds are not guaranteed. Instead, the church allocates a set amount of each game day parking spot to the bus fund that offsets vehicle maintenance needs. The balance of the earnings is split between youth accounts that pay for camps and retreats and a fund that youth use for missions giving.

Youth and their parents work the football games parking vehicles to earn funding toward the trips they take with the church. By working just two games, most students can pay for the trips they’ll be taking throughout the year. Those funds that are set aside for missions giving are deposited in the bank. As needs arise, the youth group decides collectively how to contribute to those needs.

Most recently, the youth have presented to their peers and voted on spending missions funds on hurricane and tornado relief as well as donating to a church in north Alabama that had been vandalized.

Meanwhile, in Raleigh, North Carolina, FBC Raleigh is in year three of operating a food truck called And Also With ‘Cue out of its parking lot. This is a shift from FBC Raleigh’s history of renting its parking spots through a management company to those who work downtown. The rental arrangement was dissolved pre-pandemic as the company renting the spaces wanted a higher number of them available to rent.

A few years ago, FBC Raleigh had funds for a small missions grant and an open position for a new Minister with Community. When the church called Leah Reed to the role, she helped steer ideas for using the grant. One such idea included a local barbecue pit master, minister, and attender of the church, David With. David was interested in beginning a food truck from which to sell his barbecue, and Leah had in mind a give-back concept which would allow a person to purchase a meal from the food truck and by doing so, provide a meal for a hungry neighbor in the community. The downtown location was prime to draw business from the many state employees who work in the area.

TRANSFORMATIVE STEWARDSHIP FROM AN OFT-OVERLOOKED ASSET

Both congregations were able to see potential in a part of the church many do not often consider when thinking about assets. Auburn FBC and FBC Raleigh both saw ways the space they have outside their walls could draw those who might not otherwise ever step foot on the church’s grounds.

Laura Edgar, Auburn FBC’s Associate Pastor for Youth, College, and Young Adults, says that by pricing their spots at a competitive rate they can provide a needed service and involve the youth in learning firsthand about stewardship. She also commented that most often it’s the youth themselves who champion ideas for giving to missions as a result of what they see or hear about in the community, state and world. They feel led to give, too, as a tangible way to enact their faith. These youth can both contribute to the decision-making about how funds are spent and offer a greater amount together than they would be able to offer individually. In an effort to be a part of the church-wide stewardship efforts, they’ve also contributed a portion of their fund to CBF’s Offering for Global Missions.

At FBC Raleigh, And Also with ‘Cue gives its patrons an opportunity to participate alongside the church in community engagement efforts. During the pandemic, giveback meals were provided to first responders and a women’s shelter. Now that the church’s clothing ministry has returned to operation, clients are offered a meal once per month. With many state employees working from home during the pandemic, the food truck started to visit neighborhoods and festivals to maintain a steady business and use the mobile nature of the food truck to broaden its reach. Now that downtown employees are returning to work, the foot traffic around the church is picking up more and business is good. Reed says that even though there are other options to eat downtown, none of them give patrons the satisfaction of knowing that they are providing a meal for someone else with their purchase. Not only does the food truck draw a diverse group of people to eat barbecue but it also allows those who choose its lunch to join the work of feeding their neighbors. “And many of those are people who aren’t going to come to church here,” Reed points out, “but they want to help be a solution to the growing problem of food insecurity.” Some might consider barbecue a divisive topic in North Carolina due to the debate over eastern style versus western style, but at FBC Raleigh, barbecue has become a unifying meal used to serve the local community.

CRACKS IN THE PAVEMENT: OVERCOMING THE CHALLENGES OF PARKING LOT ENTERPRISES

The sale of spaces on game day and the operation of the And Also With ‘Cue food truck are operating smoothly now, but these endeavors have both had their fair share of challenges. One of the biggest challenges Auburn FBC has faced has been the absence of parking demands during the Covid-19 pandemic and the realization that the income from parking is not guaranteed. As the sole fundraiser for the youth and a considerable source of maintenance funding for the church vans, an absence of funds has presented a challenge to the congregation.

Likewise, at FBC Raleigh, the launch of And Also with ‘Cue was delayed because the city of Raleigh has a very difficult process for licensing and approval of restaurants and food trucks. Chris Chapman, FBC Raleigh’s pastor, noted that there were many hoops to jump through and over 20 work changes to the trailer which houses the food preparation area that likely would not have been required in another municipality. These changes took time and money that caused the truck to launch not in early fall as anticipated, but rather late in October of 2019. This late launch meant that the window became very small between establishing business with patrons and working through any hiccups and the shutdown of Covid-19 in March of 2020.

Nonetheless, both congregations have worked to overcome challenges and continue the stewardship of any profits in ways that make a big difference to those who receive meals and funding as a result of making good use of a seemingly unimportant slab of pavement.

THINKING CREATIVELY ABOUT PROFITS FROM PAVEMENT

Many factors can be considered when thinking about using a church’s parking lot to generate revenue. Whether weekday parking in a crowded downtown or parking for special events taking place at or near the church, the first thing some churches will need to discuss is the comfort level of the congregation with the church generating profit. Churches are 501(c)(3) organizations, but generating revenue from an asset of the church like the parking lot is not very different from hosting a car wash or bake sale, if it supports present or future community engagement or missions giving that would not be possible through the operating budget. (For other factors to consider, see “Financial Considerations” on page 41 of this resource.)

What can be gleaned from these two congregations is how the revenue is stewarded. The proceeds from sales of meals and parking spaces are not being used to pay for building maintenance or staff salaries. Instead, these proceeds are used to further the church’s mission and are given back to the local community or broader causes. If your congregation is considering the use of your parking lot, open and transparent dialogue about how the funds will be used is necessary. If the church cannot reach a consensus on how to use the funds for missions and outreach, the congregation can always “loan” the parking lot to an area nonprofit to sell spaces for event parking as a way of partnering with a community organization that might need the funds.

Consideration might also be given to ways the church can use the parking lot to both generate revenue and provide space for community events. Farmer’s markets, vendor fairs and children’s clothing exchanges are all events that extend hospitality to the community while producing proceeds that can be reinvested in the community as well. Not every church will have a pit master in the congregation, and not every congregation is in the center of a university town. But every church can look at the potential in its pavement and think creatively about how to steward the space and the revenue from it to live into its mission.