The Power of Charity in the Jewish High Holiday Season 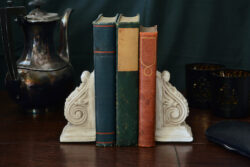 by Rabbi Julia Appel
Director of Innovation Training and Curriculum, Clal – The National Jewish Institute of Learning and Leadership

Every September and October of the Gregorian calendar, Rosh Hashanah (the New Year) and Yom Kippur (the Day of Atonement) are paired together as bookends of a ten day process of reflection and change for Jews around the world. We examine who we’ve been over the past year, determine what we want to change moving into the new year, and make up for any harm we may have caused in the past.

A Prayer: Written and Sealed

The two holidays share much of their liturgy. One of the most iconic prayers is “Unetaneh Tokef.” Chanted multiple times throughout the holidays by the cantor or prayer leader, with solemnity and elaborate musicality, the prayer is sobering for anyone in attendance. “On Rosh Hashanah it is written, and on Yom Kippur it is sealed: who shall live and who shall die… who shall die by water and who by fire… who shall be rich and who shall be poor… who shall be lowly and who exalted…” (If you are a Leonard Cohen fan, his song “Who By Fire” is a take on this prayer, which he knew from childhood.)

“Unetaneh Tokef” is a long list of the fates that might befall any of us in the coming year. The theological implication of this prayer is that each year during these holidays, God judges our behavior from the past year and seals our fate for the coming year accordingly. Acting right and doing good is seemingly rewarded with long life and safety. However, many Jews in the pews during the holidays do not believe this, and certainly after the Holocaust, many Jewish theologians have rejected the notion that untimely death is punishment from God.

At the same time, the prayer offers an important time of contemplation amidst many hours of prayer. Especially for those who have recently lost a loved one or had a near-death experience, but really for anyone, it can prompt reflection on the fragility of our health, wealth, and lifestyle. We face the certainty of uncertainty: anything could happen this year.

The final line of the prayer is perhaps the most interesting of all. “But repentance, prayer, and charity avert the harsh decree.” How might these three actions contribute to changing God’s judgment of our previous behavior?

First is repentance, in Hebrew “teshuvah,” the root of which is “shuv” which means “turning.” A more accurate translation might be “turning” or “returning;” returning to who God means us to be, returning to a good path, turning away from doing harm. The idea is that we should make up for what we have done, apologize and make restitution with those we have harmed, and thus perhaps reverse those strikes against us that were of our own making. Prayer here makes sense as well – the idea that prayer will help us to change our ways and therefore to convince God we deserve a second chance.

What is charity doing here? The Hebrew word for charity is “tzedakah,” which comes from the root “tzedek” which means justice. Charity is not voluntary or optional. It is what we do to make the world a more just place, a more perfect place, one that reflects God’s hopes for creation. On one hand, one could consider this line in a somewhat simplistic way – repentance, prayer, and giving charity directly change God’s decision about us. But on a deeper level, let’s look at what effect giving charity might have on us in this context.

The Effect of Charity

Maimonides, the great 12th century rabbi and philosopher, writes in his Laws of Repentance, “Among the characteristics of repentance is for the repentant individual to constantly call out before God tearfully and with petitions. One should give charity according to one’s capacity. One should distance oneself from one’s sinful behavior.” Rabbi Bernie Fox writes about how this idea of giving according to your capacity should be understood as giving to the point where it requires a sacrifice, or what development professionals might call the “ouch” factor.

It is easy to give when it won’t really require any change of my behavior; if I give to the point where it requires some sacrifice, no matter how small, it can encourage change. I am now acting in such a way that I am prioritizing spiritual and communal good over my own material desires. Training my spirit in this way is also training to do good in the year to come, demonstrating that I can change and that I can become a better person.

During the High Holiday season, Jews around the world participate in family meals, prayer, repentant fasting, apologizing, and making resolutions. Giving charity is not only a way to address my past faults, but a way to become a better version of myself and to reset my priorities. In the Jewish yearly cycle, the fall is a central time for giving charity and for becoming the kind of person who gives it.

Rabbi Julia Appel is the Director of Innovation Training and Curriculum for Clal – The National Jewish Center for Learning and Leadership. She is a recent participant in the Executive Certificate in Religious Fundraising and lives in Toronto, Ontario. 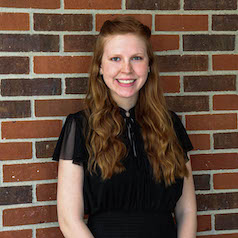 My conceptions of charity have always been heavily shaped by the actions of those around me and the environments in which I have lived. Recently, the U.S. Railroad Strike and its implications have been in the news, often focused on the economic consequences and with little emphasis on the people. While reading Rabbi Julia Appel’s discussion of charity and its relationship with justice in the Jewish tradition, my thoughts wandered to my father, a railroad worker, and his unknowing demonstration of charity and justice in my life.

I grew up in the Archdiocese of Louisville and my view of charity has been heavily shaped by Catholic doctrine and the work of Catholic Charities in my church and community. My mother and father both modeled charity and generosity to my siblings and I, and the church provided opportunities for me to put those observations into action. These experiences and my own readings have shaped my belief that standing up against injustice and lending your voice to the cause of others is one of the most charitable things that we can do as human beings. When I was twelve years old, I chose Saint Genevieve, the patron saint of girls, as my patron saint when I made my Confirmation in the church because I was so moved by her willingness to use her voice as a mediator in situations of conflict to protect the lives and wellbeing of others.

Reflecting upon this now, I can see that she was not the only example of using one’s voice for the betterment of others in my life. My father has worked for the railroad since I was six years old and has served with the labor union in multiple roles of support in that time. His willingness to be generous with his time, knowledge, and voice have always been a model for me to support others with the gifts I have been granted in this life. His work has made me more aware of how different charity can look coming from each of us and has encouraged me to be more aware of how I embody charity in my actions every day. 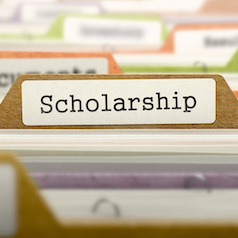 The 2023 scholarship application is open for the Executive Certificate in Religious Fundraising (ECRF). The ECRF is designed for religious leaders in faith-based organizations and institutions who wish to learn more about the spirituality of fundraising and gain a core foundation in fundraising principles. Scholarship criteria include both demonstrated financial need as well as the potential for applying course learnings in your current professional context, and will apply toward any 2023 ECRF open enrollment offering. 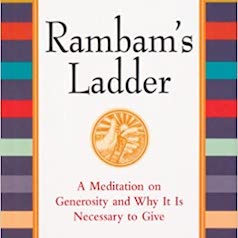 Rambam’s Ladder, written by Julie Salamon, the bestselling author and New York Times culture writer, is a book that will inspire every reader to get a toehold on the ladder and start climbing. In eight chapters, one for each rung, the book helps us navigate the world of giving. How much to give? How do we know if our gifts are being used wisely? Is it better to give anonymously? Along the way, Rambam’s Ladder will help all of us make our lives, and the lives of those around us, better.