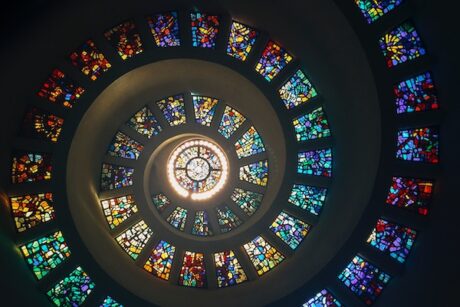 Religion accounts for the largest share of the approximately US$425 billion Americans give away every year.

Even so, the charitable dollars channeled to churches and other houses of worship have slowly declined as a percentage of overall giving for decades. In 2018, the actual total both fell by 3.9% when adjusted for inflation and dipped for the first time below 30% of total giving.

At Lake Institute, we study trends in religious giving and their implications. To us, what stands out today is how well congregations are generally faring even as the share of Americans who belong to a house of worship declines.

An important trend is that the share of Americans who claim no religious affiliation is growing, having risen to 26% from 16% in 2007.

Only half of all Americans now claim to belong to a specific congregation, a historic low. And only about 45% of Americans say they go to church at least once a month, down from 54% in 2007.

Since religious affiliation and attendance at religious services are two of the leading predictors for both religious and overall charitable giving, I don’t find it surprising to see religious giving lose some ground.

Money that donors give to clearly religious causes, including Catholic schools, Jewish community centers or Muslim relief agencies, isn’t classified as religious giving. Rather, it gets lumped with organizations focused on particular shared causes such as education or social services.

Major nonprofits with religious missions, such as the Salvation Army, World Vision and Catholic Charities, are not, in terms of the charitable statistics collected, defined as religious. Even so, by my count, six of the nation’s 25 largest privately supported charities are clearly faith-based organizations.

Based on data collected in 2012, the most recent available, donors label three-quarters of what they give to charity as supporting religious institutions of some kind.

U.S. congregations are nonprofits. But unlike most other nonprofits, they generally don’t need to file paperwork with the Internal Revenue Service to report the amount of funding they receive and spend.

That makes it hard to find detailed and accurate data on congregational finances, so my colleagues and I conducted a study to get a clearer picture.

We found that religious affiliation and attendance trends do not always simply predict similar trends within congregations. About as many houses of worship are gaining congregants as losing them, with 39% growing between 2014 and 2017 and another 38% seeing their congregations shrink. The rest were stable.

To get a clear picture, it’s important to recognize that religious participation and giving trends are not the same across the great diversity of U.S. congregations. These patterns differ overall by religious tradition and dominant race or ethnicity, along with the size, age and location of congregations.

For example, 56% of the country’s Catholic parishes received less revenue in 2017 than in 2014. But 59% of black Protestant congregations received more.

Congregations’ role in our common life

It’s true that some religious traditions are struggling more than others. A common criticism across traditions, however, for why the faithful do not contribute more is a belief that congregations’ budgets are self-serving. While congregations on average do spend half their budget on staff compensation and another quarter to maintain facilities, their service extends well beyond meeting their members’ religious needs.

Congregations provide tremendous social, civic and cultural benefits. They serve as polling places and art studios, host AA meetings and provide after-school tutoring. The vast majority provide social services to their community, 98% of them in collaboration with at least one local partner serving as a conduit for their attenders to give and volunteer for causes inside and outside the congregation.

While the individual religious affiliation and attendance patterns of Americans may continue to wane, religious institutions remain resilient. Some congregations may need to merge or close. Others may simply need to do more with less. But local congregations remain essential to a healthy civic life.

Beyond our many theological, political, and cultural differences, houses of worship, in all their diversity, are community assets. At their best, they help form individuals as givers, volunteers, and citizens in an increasingly divided and individualistic society. Communities that recognize and welcome the contributions these dynamic, local organizations make to our shared life together stand to reap the benefits.

Portions of this article were originally published at The Conversation.

We like to observe in our congregational educational courses that there’s no such thing as “six easy steps” for more effective religious fundraising—and the complex picture of the data in Dr. David King’s article shows a big part of why: each congregation is inhabiting a very particular part of this complex landscape for giving today. There’s no single narrative for everyone.

What matters for leaders is being able to see and interpret the particular situation of their particular congregation: What’s our demographic picture? What are our giving patterns? In what ways, and to what organizations in addition to ours, are our people generous?

Neither a vague sense of hope that “our people will give what we need”—nor an ominous sense of doom—can get us to where we need to be as leaders. Checking our own contexts against national trends is helpful: we can think through why our situations might be different than others. Have we already weathered the storm of decreased religious affiliation and found new ways to connect with our neighbors and new members—or new, leaner ways to live out our core mission? Are we in a religious tradition or a geographic region where attendance trends push against the decreasing average—or are we about to experience a shift due to a local event?

The only way to know these things is to keep track—and, at the same time, to get out from behind the numbers alone. “Metrics” can be misused and misunderstood (particularly when they come only as a requirement from a hierarchical authority), but knowing ourselves and knowing the landscape lets us live out our mission more strategically…if only we can take the data and go listen to real people in our congregations and communities and discover what the facts and figures might mean.

Are people attending less frequently? A handful of personal conversations about their work and family lives and calendars might yield new ideas about midweek or online gatherings. Is giving coming in the form of larger gifts from fewer donors? Interviews with those donors about their motivations for giving, and how they were formed in generosity in the first place, might yield stories of transformation that could inspire others. The National Study on Congregations’ Economic Practices is a robust study with all the best of economics and sociology and research methods behind it—and it’s here for us all to get a true sense of the landscape of congregational economic life and to go deeper into our own place in it.