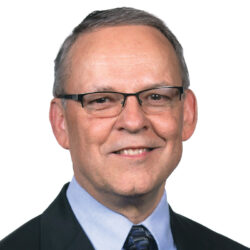 This article was originally published in Giving Magazine Vol. 22, No. 2 in 2020. You can access the full issue here.

Our journey of discovery will take us from 2 Kings 4 back to 1 Kings 18 as we explore the topic Faithful Generosity. The main characters include a young widow, a daring husband, two faithful prophets, and a wicked King and Queen.

2 Kings 4:1-2   Now the wife of a member of the company of prophets cried to Elisha, “Your servant, my husband is dead; and you know that your servant feared the Lord, but a creditor has come to take my two children as slaves.” 2 Elisha said to her, “What shall I do for you? Tell me, what do you have in the house?” She answered, “Your servant has nothing in the house, except a jar of oil.”

1 Kings 18:1-4 After many days the word of the Lord came to Elijah, in the third year of the drought, saying, “Go, present yourself to Ahab; I will send rain on the earth.” 2 So Elijah went to present himself to Ahab. The famine was severe in Samaria. 3 Ahab summoned Obadiah, who was in charge of the palace. Now Obadiah revered the Lord greatly; 4 when Jezebel was killing off the prophets of the Lord, Obadiah took a hundred prophets, hid them fifty to a cave, and provided them with bread and water.

What we don’t know from a cursory reading of these two texts alone is what the Jewish historian Josephus reveals along with later Talmudic writings by Rabbinic scholar Rashi. They state that the widow from 2 Kings 4 who cries out to Elisha was the wife of Obadiah, the administrator for King Ahab’s palace referenced in 1 Kings 18.

Obadiah, we are told, hid 100 prophets in two caves and fed them for an extended length of time. Obadiah, according to Josephus and Rabbinic tradition, had borrowed money to feed these prophets, because he could not support them from his own funds.

In the later account from 2 Kings 4, the widow of Obadiah is about to have her two children taken by creditors into slavery due to this unpaid debt. As the passage begins, the woman identifies herself as “the wife of a member of the company of prophets.” Whether Obadiah was a full-fledged prophet or an honorary member of the prophetic guild is not entirely clear.

Josephus, a Jewish historian from the first century AD, refers to Obadiah as a hero who rescued and cared for the 100 prophets at risk of being killed. Not only did he risk the wrath of the King and Queen, but according to Josephus he took out a loan to pay for their upkeep. This was the reason for the debt referenced in 2 Kings 4. In cases like this when a debt could not be paid in a timely fashion, the debtor or other family members could be taken into servitude in order to pay it off. (Lv 25:39-41) Obadiah had apparently died in the intervening years.

So how does this ancient story of faithful generosity connect with us today?

One must count the cost and not become indebted without thought and prayer, because the consequences can be dire. This story is about a couple who took a financial risk for the sake of others. Was this an act of faith or reckless behavior? Under what circumstances might you consider stepping out with an act of generosity or compassion that made you financially vulnerable?

The widow never spoke poorly of her husband who brought about her stressful situation. If there was bitterness, it was toward the creditors. How easy it is to lash out at those close to us who can appear to be overly compassionate, or to God for allowing “unfair” things to happen. This woman was a hero in her own right! She stood up for her husband and her children and continued to trust God in spite of her situation.

A third lesson is how God used others to rescue the 100 prophets and to restore this woman’s fortune. Prayer is a wonderful thing but sometimes we are called to step out of our comfort zone and do what needs to be done. Obadiah did what he needed to do to rescue the prophets. The woman’s neighbors also stepped up, providing empty vessels for a neighbor in trouble.

May God grant to each of us the ability to do whatever we can to restore hope to those in need. And to God be the glory.

Beryl Jantzi is director of Stewardship Education for Everence.